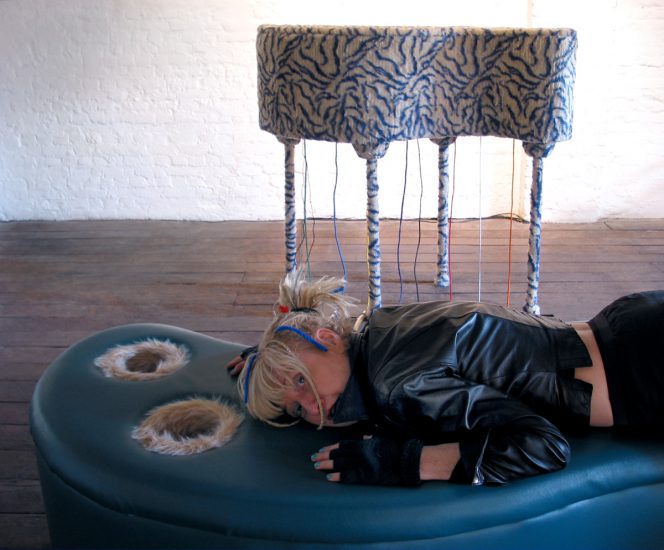 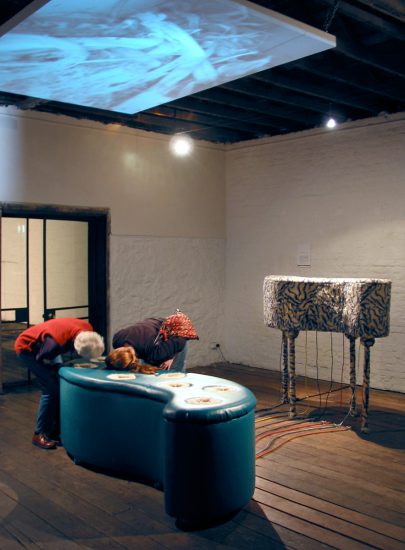 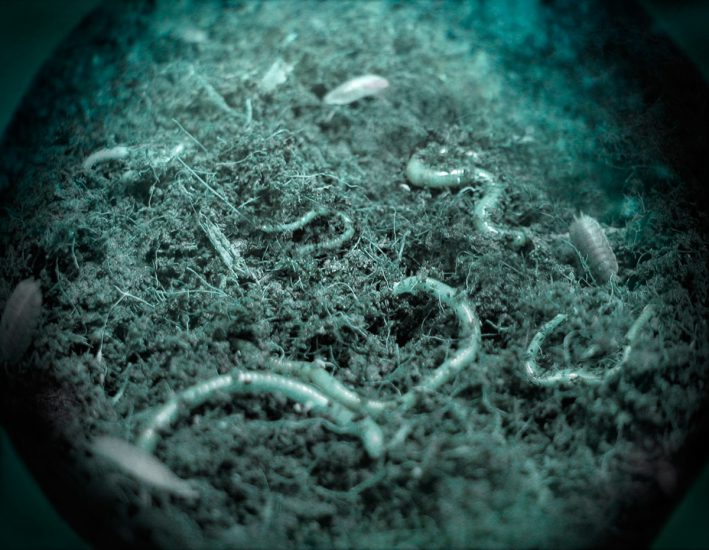 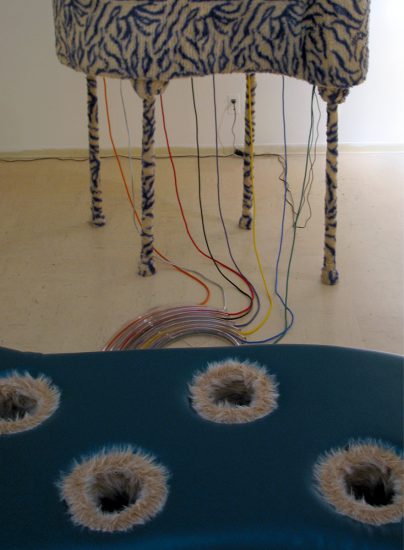 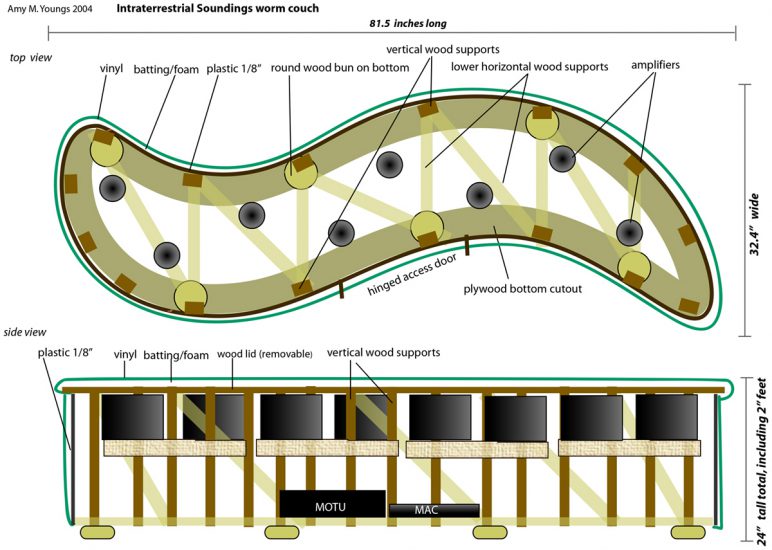 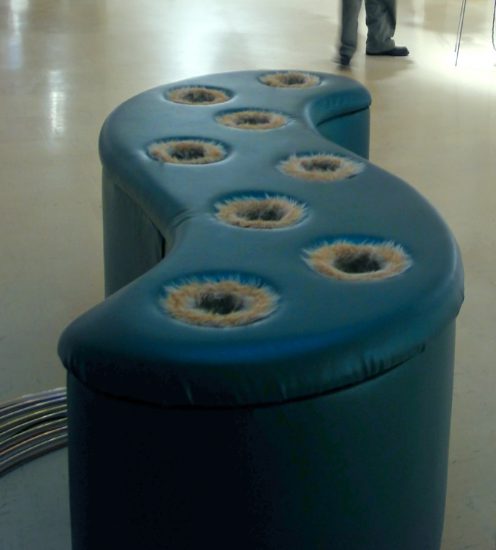 Intra-terrestrial Soundings is an installation that offers human participants an opportunity to tune into – and bodily experience – the vibrations made by tiny, soil-dwelling beings. Humans continue to be interested in detecting signals of extra-terrestrial life in outer space, but have overlooked the intra-terrestrial signals of life – the worms and insects that sustain our own terrestrial existence. This highly amplified environment allows humans a chance to appreciate these extraordinary life forms through live, amplified sounds and infrared video. Hopefully this experience will give a viewer/participant a different sense of the life inside the earth; one that goes beyond the scientific and instead approaches something more akin to fellowship, communion or appreciation.

The human participant will enter a dimly lit space that contains a worm-shaped box, wired up to a worm-shaped chaise lounge. Visible on the ceiling is a live video projection of the interior of a worm box. The participant/viewer might decide to sit or lie down to view the projections above. They will experience vibrations from just under surface of the lounge, which are the live sounds of the worm box, highly amplified and directed into speakers attached to the underside of the lounge. It is possible for the human participant to spatially locate the activity inside the worm box, based on the location of the multiple speakers placed underneath them. They can hear and “feel” the vibrations of the worms and other insects in the box, who are going about their regular activities of eating, moving and making fertilizer. An infrared camera inside the dark container feeds live, projected images onto the ceiling to provide viewers with visual confirmation of the life inside.

8 custom microphones made with aluminum cans and piezo film sensors are embedded into the bedding of an active worm box full of red wiggler composting worms (a good worm and bedding supplier is Happy D Ranch). Each mic is connected to an 8 channel firewire interface (MOTU 896) which is connected to a Mac G4 laptop that filters the noise in real time (AudioDesk software) and then feeds the signals out to the 8 amplified speakers attached to the underside of a chaise lounge. There is also an infra-red video camera (invisible to worms) inside the worm box that connects to a video projector which projects a live image onto the ceiling.