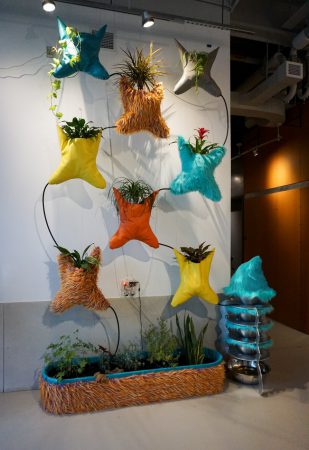 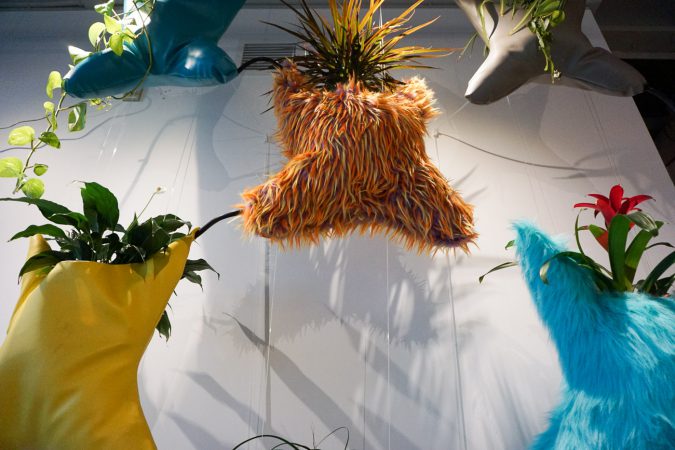 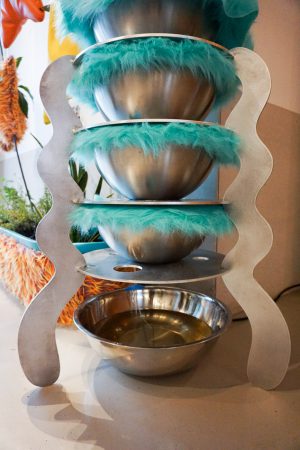 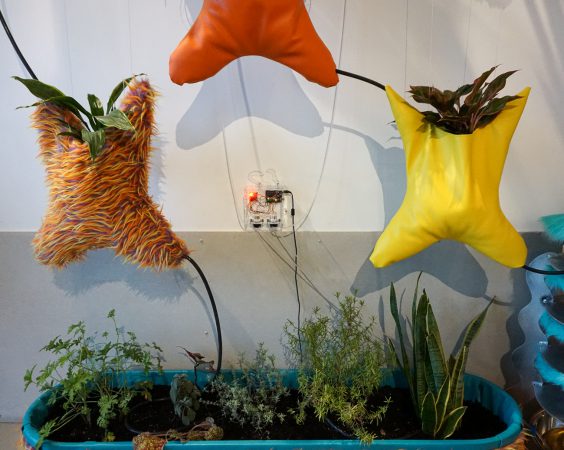 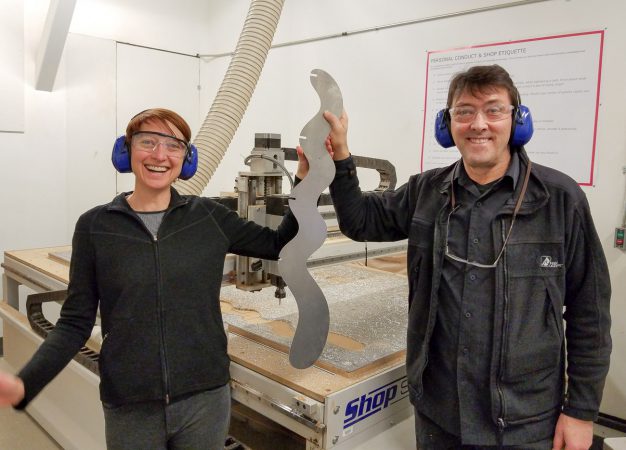 Plants, worms, and a robot make up this ecosystem artwork produced for the University of Maine. Humans feed the worms food waste, the worms eat and produce nutrients for the plants, the robot pumps the liquid worm compost to the planters, the plants drink and inhale human CO2, they exhale oxygen and the humans breathe fresh air. Plants, worms, fungi, and machines coexist in a state of symbiotic intertwining. Connected tube highways allow worms to travel from their hive to explore the soil of the planters, enriching and aerating it as they go.

Machine Garden lives in lobby of the art building permanently; or for as long as the students and staff care for it. There is an opportunity for them to innovate on the design and programming, as they care for it. There is a student run coffee shop in the same lobby, which has a waste stream of coffee grounds that are put into the top of the worm hive section, under the hat. As that fills, the bottom hive will have finished composting, which is emptied into other plants in the building, or outdoors. Then, each section is moved downward and the empty one is placed at the top, just beneath the hat/lid. Worms migrate to the food through the holes in the bottom of each section.

Ken Rinaldo and I collaborated to create Machine Garden during our residency at the University of Maine’s Innovation Media Research Center (IMRC). We had the great help of the people and facilities there. Special thanks to Gene Felice, Sean Michael Taylor, Reed, Rachel Alexandrou, and Amy Pierce.