augmenting your human reality with a tour of non-human perspectives 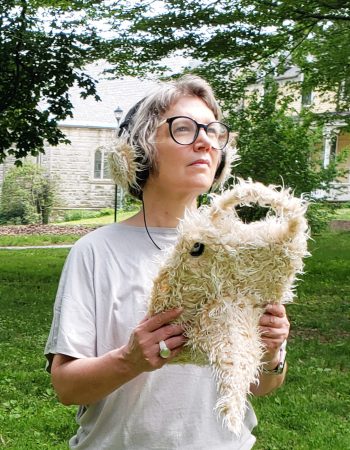 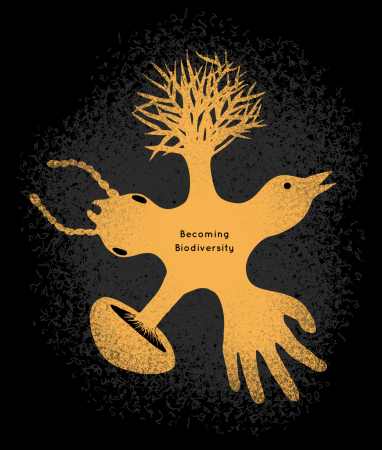 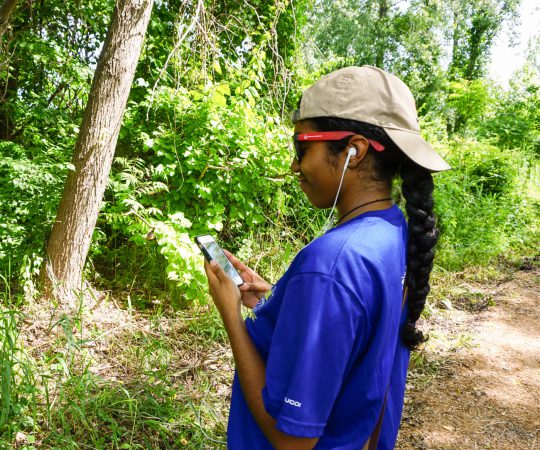 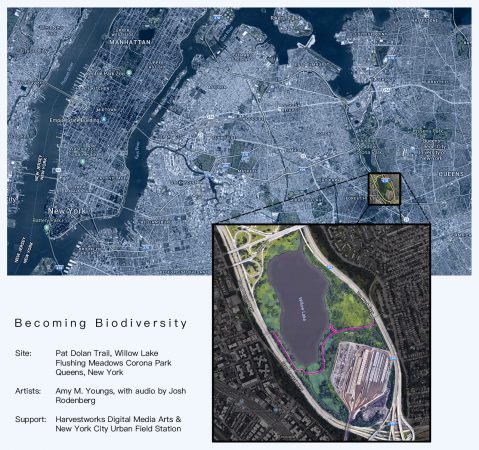 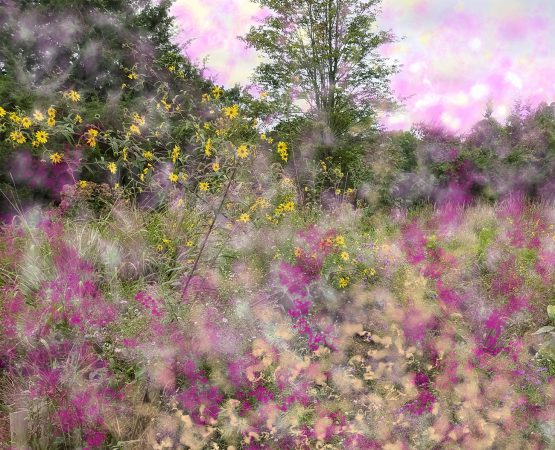 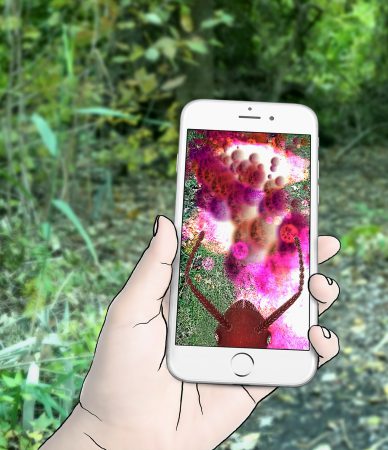 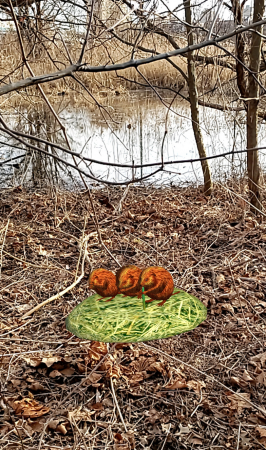 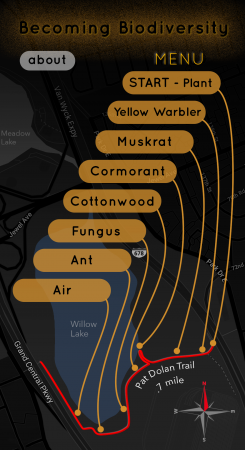 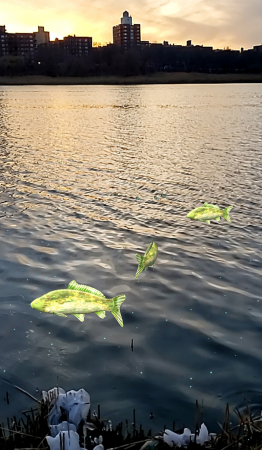 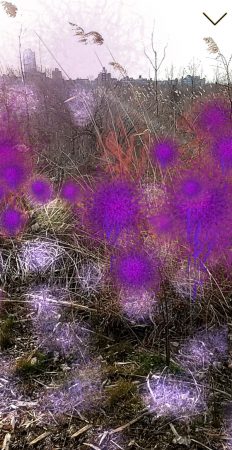 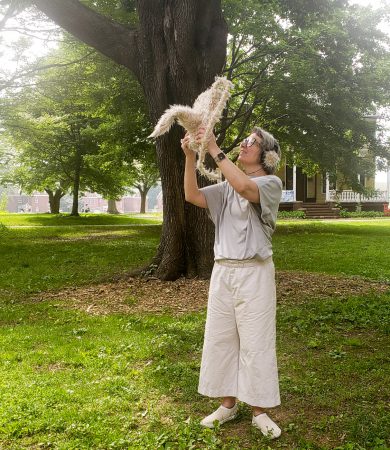 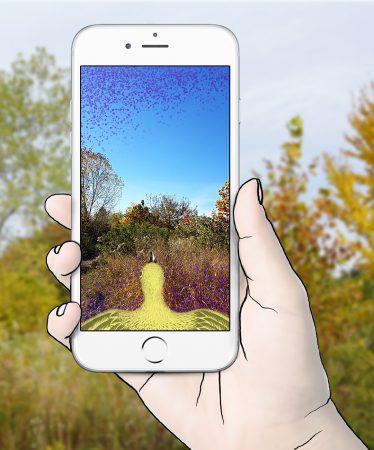 Can our smartphones connect us with non-human life?

Will we learn to participate as better citizens in the ecological commons?

Becoming Biodiversity is an augmented reality application that encourages participants to explore and experience local, ecological networks present in an urban park site. Cell phones and headphones are used to experience this artwork, which includes mixed-reality animations and storytelling as an overlay to the actual park. The experience is an embodied one, designed to connect humans empathetically with the biodiversity, symbioses, and unseen worlds in public park spaces.

Fantastic ecologies exist everywhere on earth and at many scales, many of which are invisible to us. Though we mostly ignore and disrespect the non-humans in these networks, our lives depend upon them. This artwork is a guided tour which will allow us to inhabit the worlds of multiple species along the network, allowing them to become visible and “sense-able” to us. The viewer re-enacts stories from the perspectives of non-humans; playing the part of a plant calling out to a bird to help with pest control, an ant planting spring flowers while simultaneously feeding her babies, an underground fungal network delivering goods to struggling trees, and a cormorant searching for a meal in a man-made lake in New York City.

There are 8 scenes, each takes place at Willow Lake, on the South end of Flushing Meadows Corona Park. The starting point for the app tour is the East entrance of the Pat Dolan Trail, right after walking over the Van Wyck Expressway pedestrian bridge. This is near the Mauro Playground. The tour takes about 26 minutes and the one-way walk down the trail is less than a mile.

“We are therefore called into gratitude for the fact that in the midst of terrible destruction, life finds ways to flourish, and that the shimmer of life does indeed include us.”  – Deborah Rose Bird 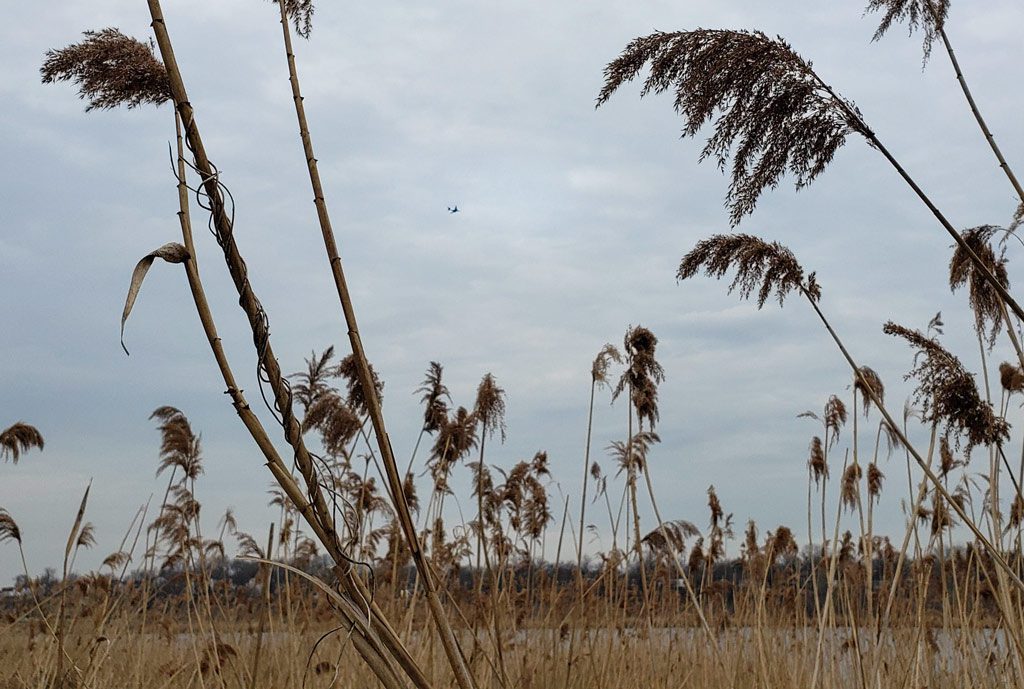 This freshwater wetlands park in the middle of Queens, New York, was originally a saltwater marsh, then a dumping ground full of ash and trash, then reconstructed as 2 freshwater lakes for the 1938 World’s Fair. The area also hosted the 1964 World’s Fair and soon after that it was designated as an official park. For a short history of Flushing Meadows Corona Park visit the New York City Department of Parks & Recreation webpage.  Additional sources included in the bibliography page for this project.

Team
This project was made in collaboration with 3 important team members. Each are artists who have offered valuable advice in addition to brilliant skills: Josh Rodenberg is the audio artist, Danielle McPhatter provided programming (and teaching), and Jayne Kennedy created 3D Animations.

Supporters
The production was made possible through a commission of Harvestworks, with residency and research support of the New York Urban Field Station, and time made possible by a sabbatical granted by the Ohio State University.

Bibliography
Conceptual influences for this project include books by Donna Haraway, David Abrams, Robin Wall Kimmerer, and artworks by Janet Cardiff and George Bures Miller, Mel Chin, Tamiko Thiel, plus various scientific articles, and so much more. After a year of research, this list grew too big for one page. Now listed and linked in the project bibliography page.

Download App for Android from the Google Play store. For iOS in the Apple iTunes store. Or, play the audio-only version on Soundcloud