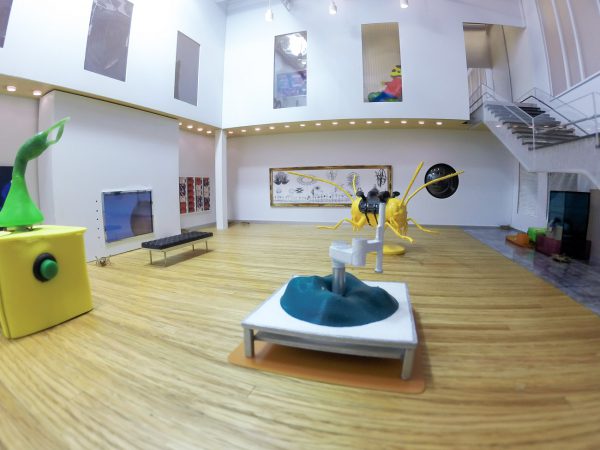 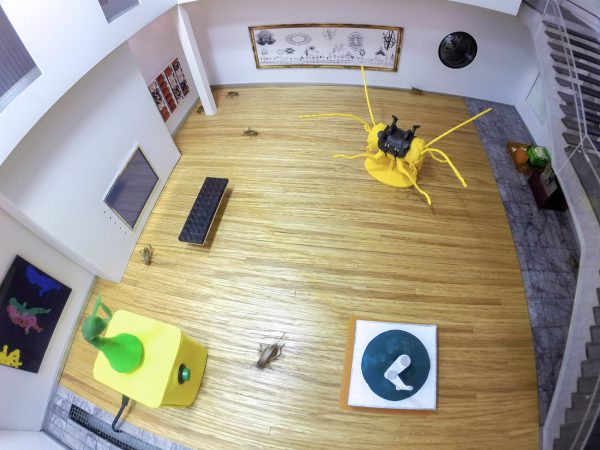 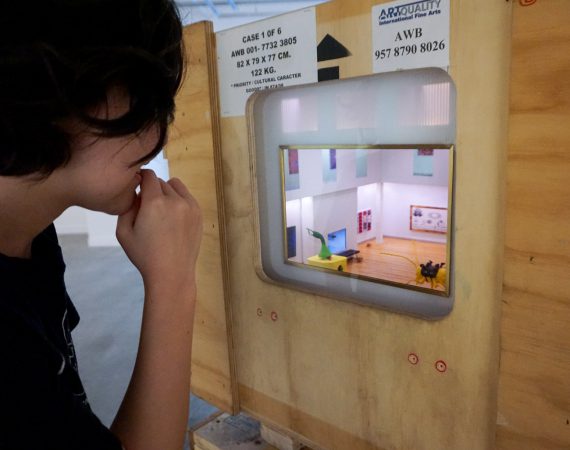 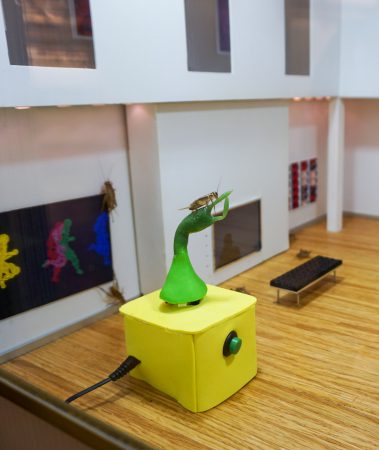 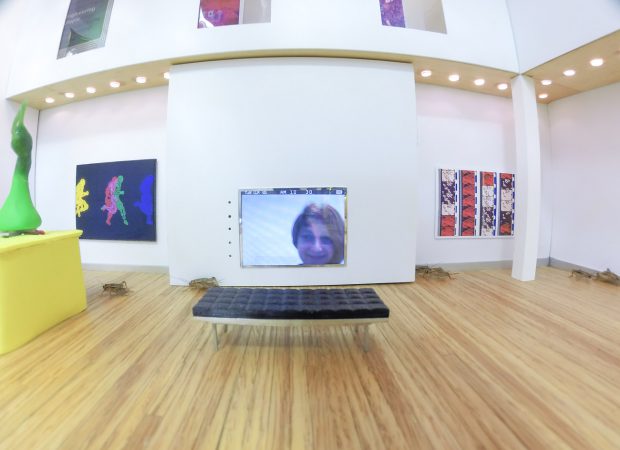 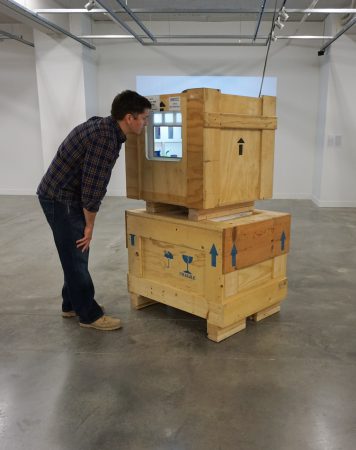 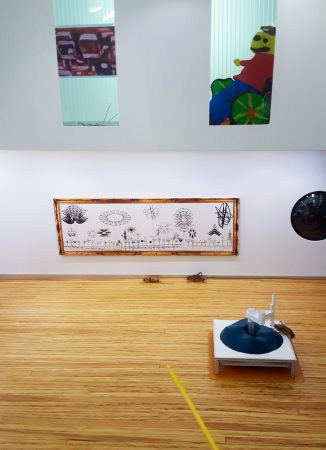 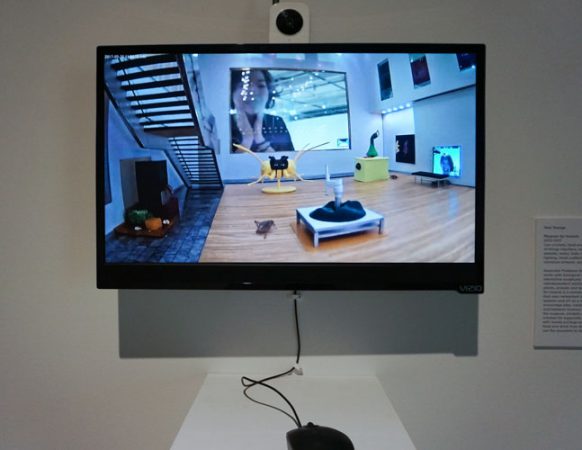 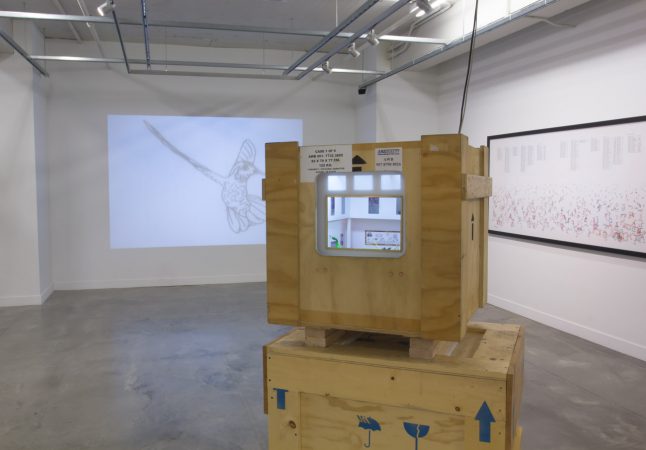 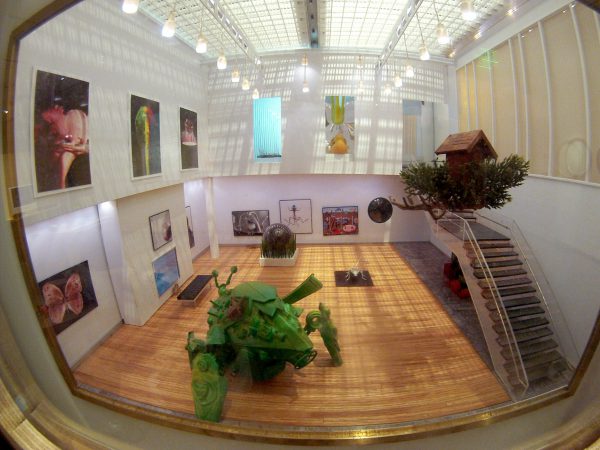 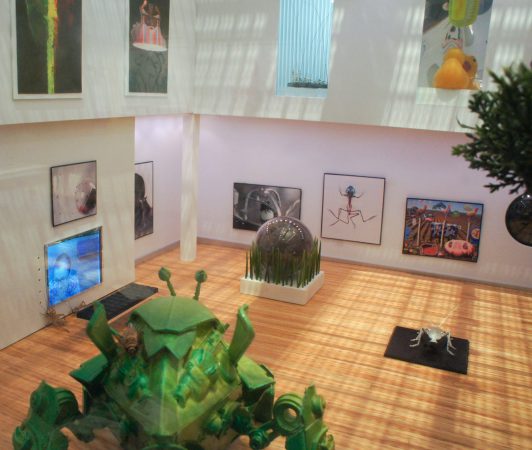 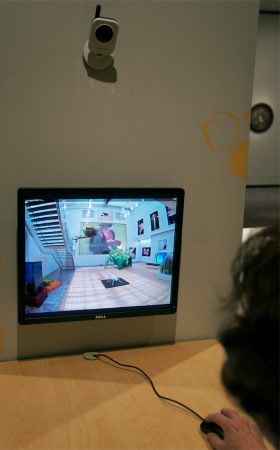 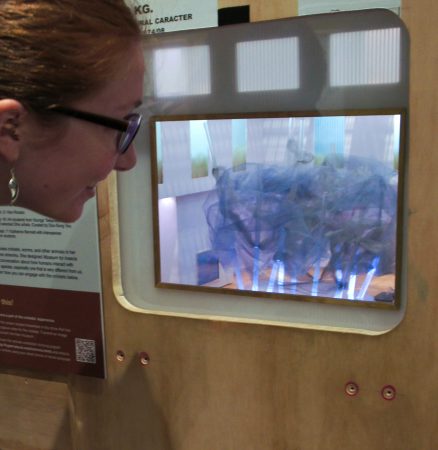 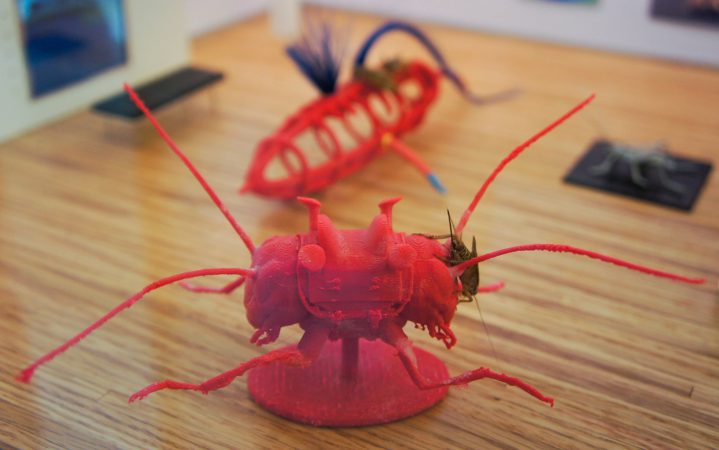 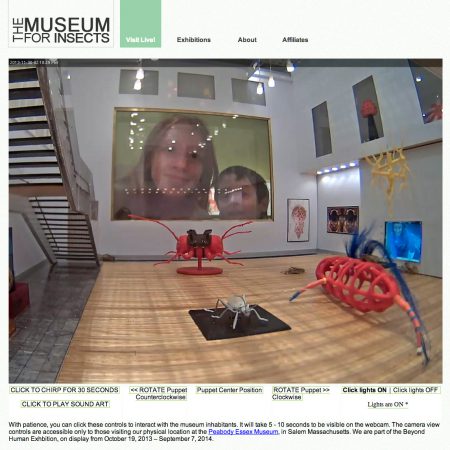 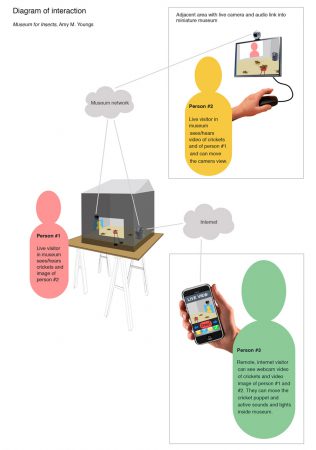 Can we know insects through electronic and artistic interfaces? Do they know us? Can they experience art? Can we develop new relationships with them?

I built a miniature museum space and used telepresent technologies to re-scale the situation and to provide methods for interaction that do not harm the crickets. Technological interfaces were integrated as organs of a system that attempted to change human viewpoints, disrupt a sense of self-certainty and approach a sense of empathy. An interactive webcam installed in the miniature museum offered remote viewers an intimate way to get to know the crickets. Humans entered the space only through internet-enabled devices that activated lights, a cricket puppet, and chirping sounds. After I built it, I took on the role of museum director and invited 4 separate exhibitions: 1) Trans-Species, by artist, Ken Rinaldo, 2) The Telepresent Animal Hall of Fame, curated by Doo-Sung Yoo, 3) Interspecies Housing, a landscape architecture student competition 4) Engineering Mini Utopia. Each exhibition taught us about the preferences and habits of House Crickets; for example, the Cricket Cloud piece created by the architecture students showed us the ways that crickets experience space through touch.

Visitors to the hosting museum, are able to see the physical Museum for Insects on display, but they can not see everything visible on the webcam and they cannot control the functions available to the remote viewers. The altering of roles – human, insect, viewers, producers, curators, students – within the space of a miniature museum, was a way to explore value, empathy, power, and aesthetics.

A new iteration of this project is realized for the Urban Arts Space in Columbus, Ohio for the exhibition, Engineering Utopia, curated by Kris Paulsen.

Engineering Utopia is an exhibition highlighting the interactions between artists and engineers, particularly focusing on major collaborations happening at The Ohio State University. Premised on the idea of “utopia” as a place or context consciously built and constructed—engineered— for perfection, but also bound to “fail” or remain hypothetical, unrealized, and imaginary, this exhibition looks to the ways in which the context of art has allowed for makers, artists and engineers alike, to dream greatly and “fail” wildly, all the while making insightful discoveries about our technological environment and the human condition in the information age. At the center of Engineering Utopia are several major art restoration projects attempted by Ohio State and others. As such, the exhibition is a survey of important works of art and engineering, and also the outcome of an educational laboratory project that investigates the mutual influences of art and engineering, and fruitfulness of these struggles. The exhibition features research into the restoration of works by Chris Burden and Ken Goldberg, and artworks by Charles Csuri, Lutz Dammbeck, Isla Hansen, Ken Rinaldo, Lillian Schwartz, Stan VanDerBeek, and Amy Youngs.

Engineering Mini Utopia, is my version of the show, which features miniature works by many of the artists involved in the larger show – Ken Goldberg, Isla Hansen, Ken Rinaldo, Lillian Schwartz, and Stan VanDerBeek. Works by additional artists – TradeMark Gunderson, Tucker Marder and Jim Wilson – were invited into the exhibition to address the cricket audience and to further the utopian ideals of communication between technology, insects and humans.