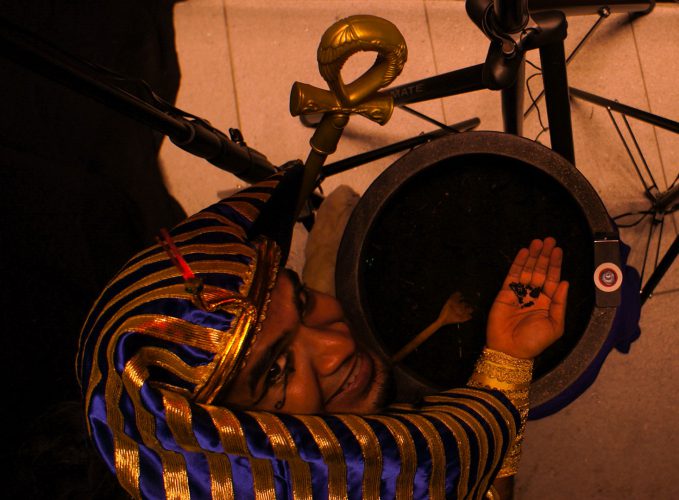 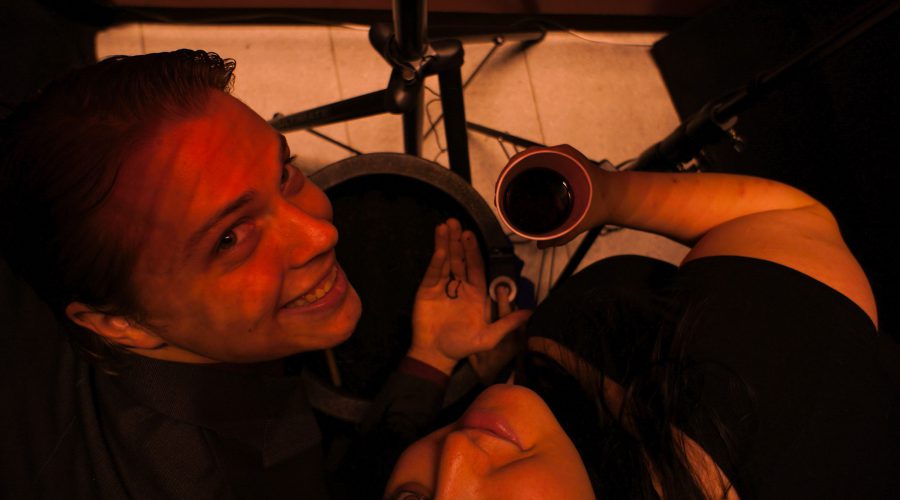 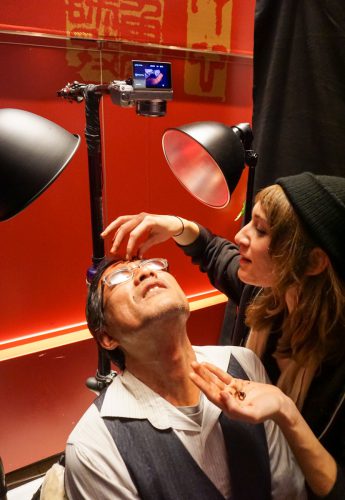 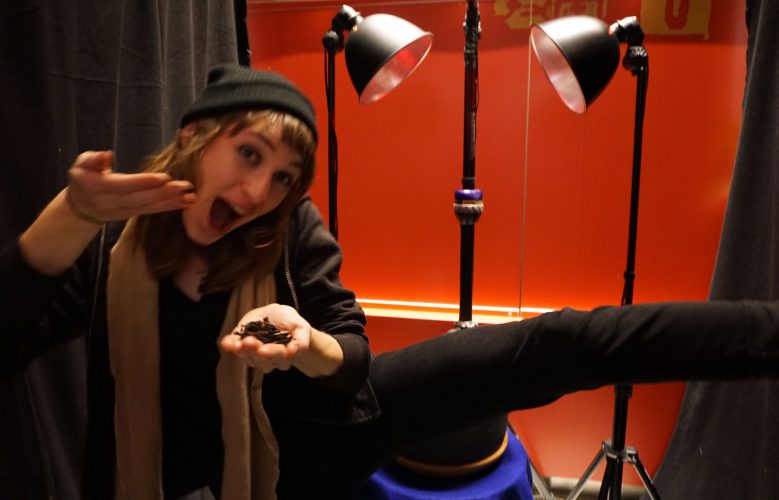 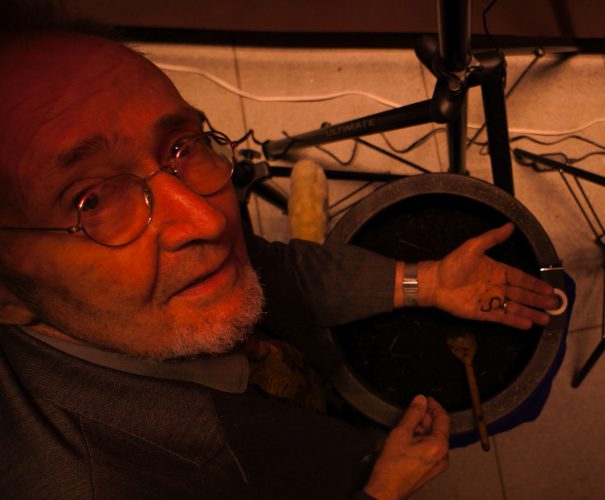 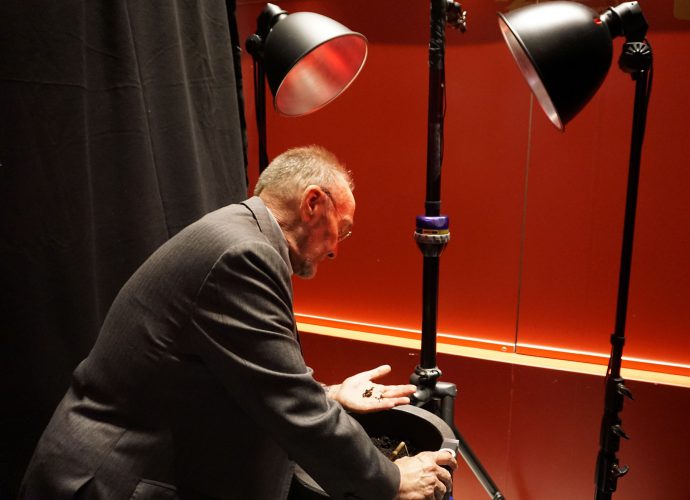 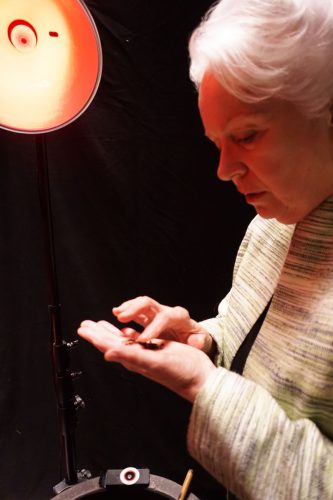 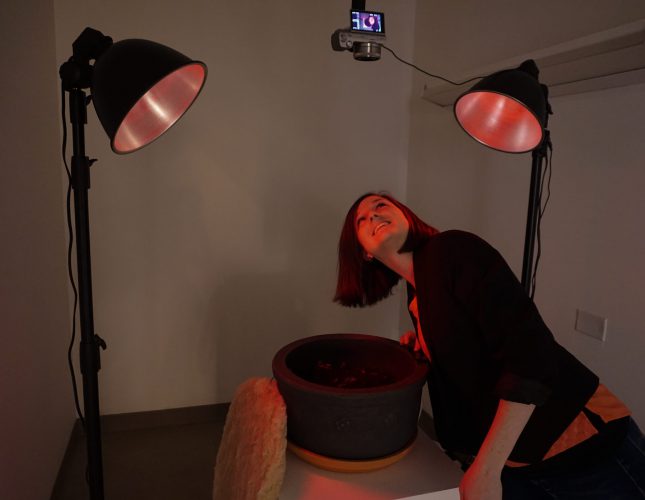 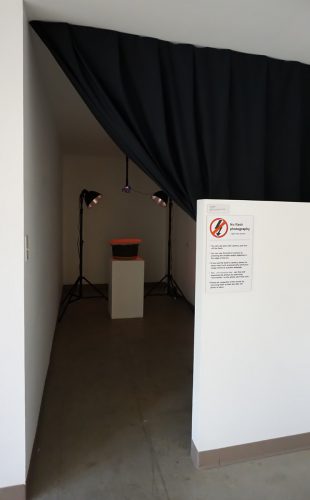 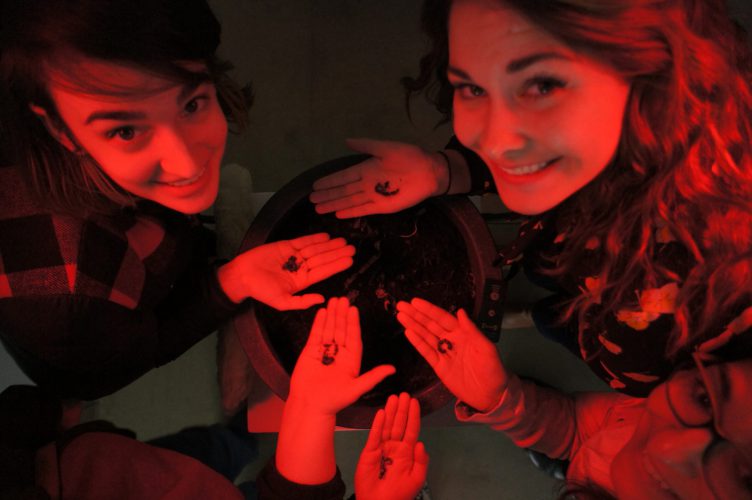 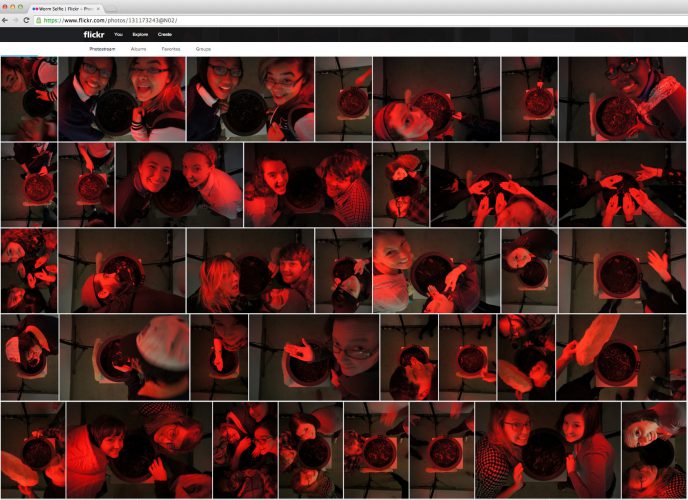 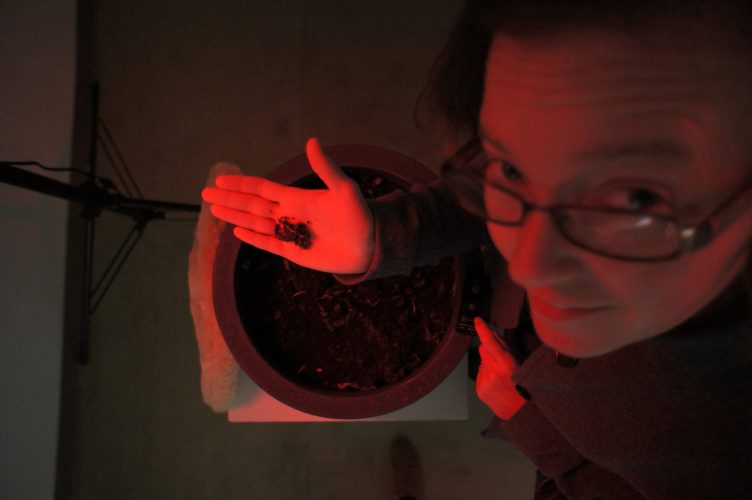 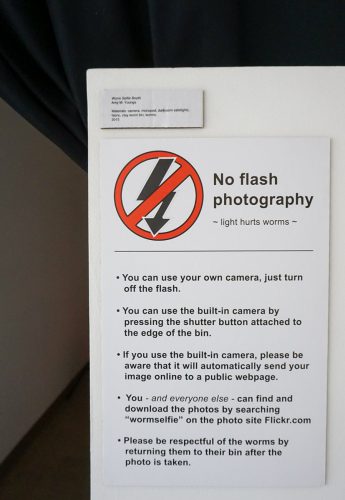 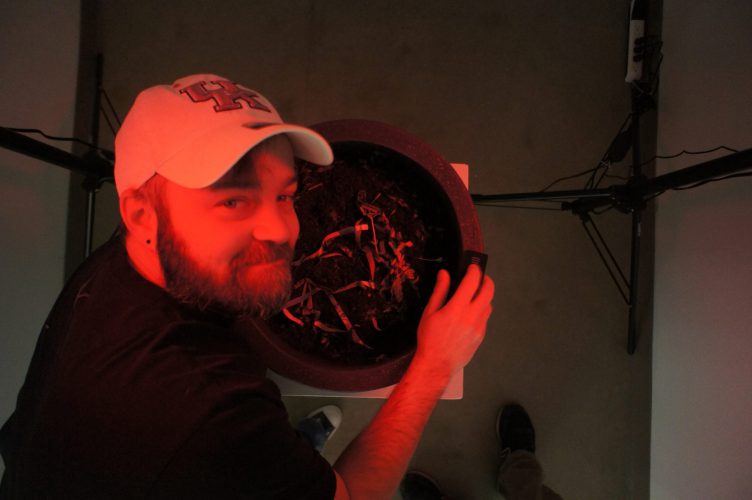 In preparation for a future that includes cohabitation with living, domestic ecosystems, I created this photo booth to enable participants to pose for a selfie with live composting worms. The photos are automatically uploaded and displayed publicly on a social networking site as a way to insert these unseen compost workers into our world of images and to begin normalize our relationships. Worms are harmed by most visible light and will quickly hide under the soil, making them difficult to see. Through experimentation, I discovered that they do not notice the light at the far red spectrum offered by darkroom safelight bulbs. This allows them to rise to the top of the soil in the worm bin where they are visible to humans and it also allows the camera to capture their images without harming them.

A public Flickr page hosts the photos that are taken by the camera in the photo booth. They are uploaded via an automated wifi camera card and searchable via hashtag #WormSelfie on Flickr and Twitter.